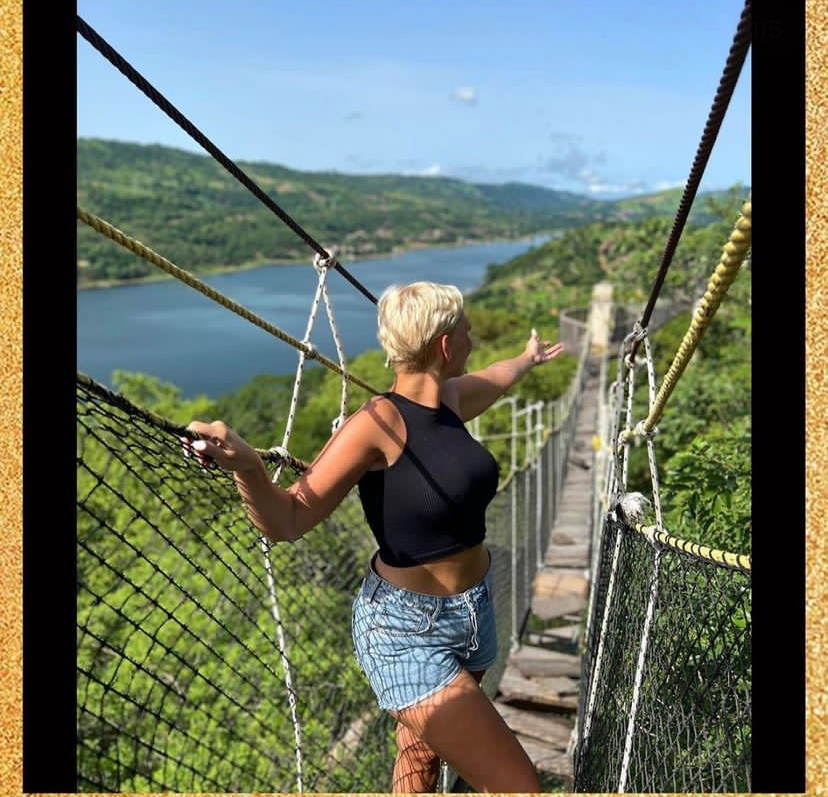 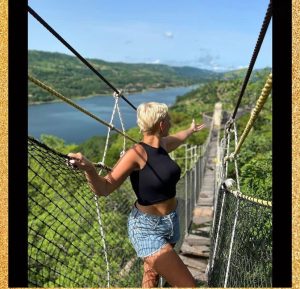 Ghana is blessed with almost all the best goodies of life. Talk of oil, timber, gold, cocoa, talent and its beautiful tourist sites. Among the over 100s of tourist sites in Ghana, there are a lot which are yet to be discovered by the general public and/or have little publicity.
In this piece, I have listed a few of these sites you need to know, and visit before they become very popular.

1. Fuller Falls – Fuller falls is by far one of my favorite hideouts. Also one of the most beautiful waterfalls in Ghana. Fuller Falls was discovered by a Filipino missionary, Rev. FR. Joseph Panabang in 1988 and it was later developed with the help of a farmer named Adamu Amidu. Adama Amidu was a farmer who farmed along the River. The place was kept as a prayer grounds and named “Our Lady of Kintampo Prayer Park ” where Father Panabang and people used to come for prayer sessions and other religious activities until he left Kintampo in 1998. Fuller Falls is Located at Yabraso which is 7km west of Kintampo, with an estimated terrain elevation above sea level at 173 metres. The wow factor about Fuller Falls is the steps shaped rocks it flows on until it gathers in the pond beneath. The Waterfall is surrounded by long trees proving shade and a scenic view.

2. Amedzofe Canopy Walk – This is the volta region’s first and only canopy walk so far. The canopy walk is constructed over Ote waterfall in the valleys of Amedzofe in the Ho West District. This canopy walk has two canopy walkways rewarding an endearing trip down the 290-step with a more delightful closeup experience of the waterfall. Amedzofe, is the highest habitable place in Ghana at more than 600 meters perched at the foot of Mt. Gemi. Amedzofe Canopy Walk is gradually gaining publicity and this is the best time to have more personalized moments.

3. Peninsula Resort Canopy Walk – another canopy walk in the Eastern Region of Ghana. The Peninsula Canopy walk is constructed on the largest man made lake in the world, Volta Lake, Akosombo. Rather than the traditional hanging on trees, this walkway hangs on 15 concrete pillars overlooking the lake. The Peninsula canopy walk is the longest in Ghana as well as West Africa. Walking on these suspended walkway gives you unbelievable view of the lake, the Adomi Bridge, the mountains and its surroundings. 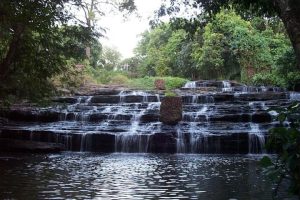 4. Klo Mountains – Also known as Klo Wem, Klo Mountains is the the spiritual home of the Krobos. It is located along Shai Hills on the Tema-Akosombo road. The Mountains are believed to have been the first home of the Krobo people when they migrated to Ghana between the 15th and 16th centuries. These mountains provided a natural protective barrier against marauding slave raiders and other invaders. However, in 1852, a 100-man British army forced the Krobos to evacuate their home. Since then, the mountains have been a spiritual home of the Krobo where they climb and pay homage to the gods every November during the Kloyomsiklpemi festival. The mountain still has some caves which used to be homes of the early settlers and also a metal cross at the apex of the mountain. Climbing this mountain is exciting and give us absolute view of the neighboring settlements. 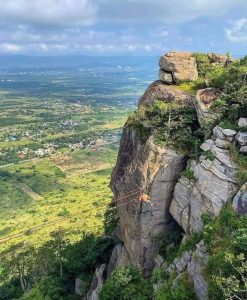 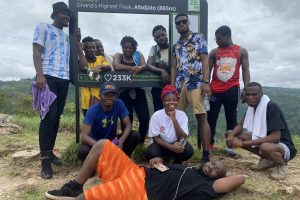 The quest was to conquer the tallest mountain in Ghana. – Volta Road Trip 1.0

5 helpful tips you should know before traveling to Ghana
Comment